The 2-year, $13 million project was Haskell’s first UF and, for the school, a rare use of design-build delivery and the first with tilt-wall construction.

The official opening of the Special Collections Building for the Florida Museum of Natural History gave rise to a couple of striking by-the-numbers-style facts: Museum personnel will spend the next year or more transferring roughly 4 million fluid-preserved specimens from Dickinson Hall to the new facility, and once it’s complete, the new building will contain approximately 60 times more alcohol than your nearest Total Wine store.

The fact is, this project – Haskell’s first for the University of Florida and, for UF, a rare use of design-build delivery and the first to employ tilt-wall construction – is absolutely unique.

With the tilt-up panels molded in a bas-relief hexagonal pattern, the exterior of the first floor was inspired by nothing less than the skin of an alligator, the university’s mascot. But it’s what is inside that truly sets it apart.

The museum has functioned as Florida’s official repository of the state’s biodiversity and cultural heritage for more than 100 years. From mammoth bones to freshwater mollusks to ancient pottery and rare endemic plants, the Florida Museum has grown from a small collection of fossils and minerals at its establishment in the late nineteenth century to the more than 40 million specimens and cultural artifacts it holds today.

The new building will house the museum’s burgeoning “wet” collections, including all specimens preserved in ethyl or isopropyl alcohol.

“The type of building it is, it houses 4 million specimens in jars of alcohol, and those jars of alcohol are extremely flammable,” said Haskell Director of Project Development Chris Ware. “Brent Cotterman and our partner, TLC Engineering Solutions, a fire-protection engineer that had experience with a wet-collections facility for the Smithsonian, did a great deal of risk assessment, like, ‘If a jar of alcohol falls and breaks, what happens? What temperature is the Flashpoint? Where does the spill go, and how do we contain it? How do we put out fires if they happen? How do we prevent fires in the first place?’

“It's really a unique building from a design standpoint, but a lot of the characteristics I'm describing are hidden, buried underground or above the ceiling, so you don't really see it.”

Over the next year, the museum will move its wet collections from Dickinson Hall to the new building, beginning in late September with invertebrate zoology (marine and freshwater invertebrates) followed by herpetology (amphibians and reptiles), and rounded out by ichthyology (fishes).

All told, roughly 4 million specimens stored in 60,000 gallons of ethanol or isopropanol will make their way to the special collections building, a leviathan task carried out after years of anticipation and careful preparation. The ichthyology and invertebrate zoology collections are both the second largest of their kind in the United States, and the herpetology collection ranks among the top 10 in the nation.

The two-story floorplan offers 23,000 square feet of mobile, compacted high-density shelving systems, research laboratories and office space, providing ample room for the continued expansion of the wet collections. The vacated space where they’re currently stored in Dickinson Hall will additionally allow for the continued acquisition and study of other biological, paleontological and archaeological specimens and artifacts.

“The Florida Museum’s world-class collection of fishes, reptiles, amphibians and invertebrates is critically important to the study of global biodiversity,” said Florida Museum director Douglas Jones. “The newly constructed Special Collections Building provides a modern, accessible and safe environment for these collections to grow and support biodiversity research as well as undergraduate and graduate student training in the 21st century.”

The project cost approximately $13 million and took just under two years to complete. Haskell’s team overcame frequent problems obtaining needed materials, such as asphalt and windows, and even changed roof systems mid-project to stay within a rigid schedule.

“We’re fortunate indeed to have had our project shepherded at every step by such consummate professionals,” Beverly Sensbach, Senior Associate Director, Museum Operations, said via email. “Our building is not like most, and its VERY special requirements made the project tricky from day one. Brant (*Cotterman) and Chris (Allen), we’ll be forever grateful for your patience and wise counsel throughout, especially navigating the competing needs of the user group and the budget constraints of the project. Ron (Sebastian), Tyson (Sutton) and Nate (Woodend), thank you for managing every aspect of the construction and addressing every question and need. The building is beautiful as well as high-functioning.”

Solving complex architectural, engineering and construction projects with expertise and imagination is what we do. Contact us to discuss your facilities needs. 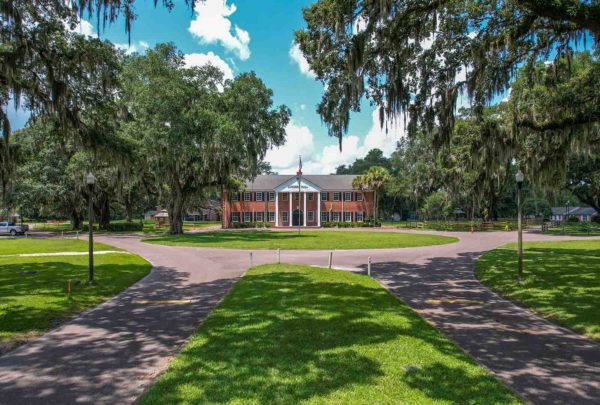