Service in military intelligence and experience in human resources developed her skills and impressed upon her the value of discretion.

The working relationship between an executive and their administrative assistant is rooted in communication and trust, never more so than when confidential information is involved. As a former U.S. Army human intelligence collector and then a human resource representative, Nikki Dunning is skilled in the art of handling high-level information discretely.

“When I interviewed for the position of administrative assistant, it was known that confidentiality was a huge thing,” said Dunning, who appreciates her personal privacy enough that she (somewhat) jokingly celebrates her 29th birthday each year.

Dunning’s constant discretion reflects her military intelligence training. She served almost four years — including a nine-month deployment to Afghanistan in 2012. Her father also served in the Army for 20 years.

After her honorable discharge, Dunning returned to Jacksonville, where she finished her degree in healthcare administration.

“It’s not the traditional administrative assistant job,” she said. “Mike is very good about delegating things you wouldn't typically entrust to your assistant. Having been in HR and then previously having top-secret security clearance for the Army, he knows that I understand trust and confidentiality.”

Bringing Value to Her Role

“She’s very tight-lipped,” Woods said. “I have no concerns that there’s any information Nikki is sharing that she is not supposed to share. She understands that discretion.”

Woods said he knew quickly during the interview process that Dunning would be a strong fit for the role.

“She came to the interview with this very neatly organized list of questions, concerns and things she wanted to talk about,” he said. “Her organization of that one sheet of paper of her thought process was really well done.”

An organized process is essential to Woods’ productivity, as competing priorities constantly demand his attention. Dunning provides that structure.

“She is an absolute task-master when it comes to these things,” he said with a smile. “She’s not afraid to walk into my office and crack the whip and say, ‘These are the things we need to be working on.’”

Her commitment to work-life balance is foundational to why she is so happy to work at Haskell. The first of the company’s strategic pillars is to “provide team members the BEST job of their life,” and she achieves that in large part by prioritizing time with her daughter, Keira.

“I took this position because I wanted to be a present mother,” she said.

“With Mike and Matt both having children themselves, they are very understanding and know what it is like. If I need to leave early or be home with my daughter when she is sick, they understand that importance.”

In addition to spending time with her daughter and fiancé, Matt, whom Dunning jokingly calls her “manfriend,” she has a close relationship with her parents, both of whom live in Jacksonville, and her two brothers, Jake and Dane. Jake pitched parts of two Major League seasons for the San Francisco Giants and now works in medical sales. Dane currently pitches for the Texas Rangers.

What drew you to your career?

After the military, I realized I thrive on order and being able to check the boxes (the infamous to-do list). My position gives me the opportunity for different projects while maintaining a schedule.

Where is your favorite travel destination, and why?

The beach is my happy place. The sounds of the waves are relaxing to me.

Complete this sentence: I couldn’t make it through the week without …

I couldn’t make it through the week without spending time with my daughter, fiancé and my two goldendoodles, Willow and Huk.

Who is your role model and how have they influenced you?

My parents. They instilled in me that your words and actions speak volumes of who you are as a person.

What does being a Haskell team member mean to you?

You are part of a team that values you, and each position held makes a difference.

Haskell is hiring! Explore the many options available to join a growing company committed to offering the BEST job of your life. 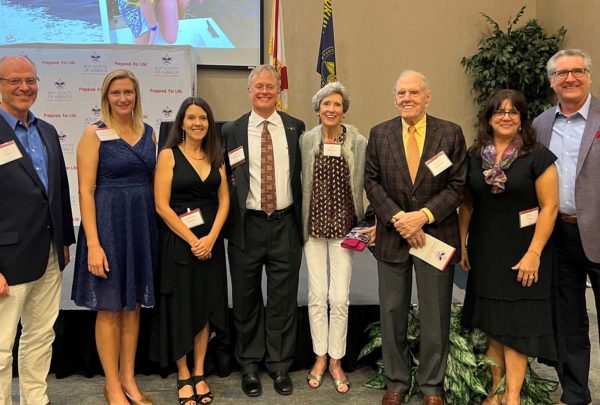 In 1976, a young Boy Scout began a 50-mile journey down the Delaware River. One night, as a light rain pattered on his tent,... Sometimes the professional and personal come together in interesting ways. It’s been that way for Clayton Harrison, a... In 1986, Jerry Langford, fresh out of Ed White High School in Jacksonville, Florida, was a young carpenter going from one... 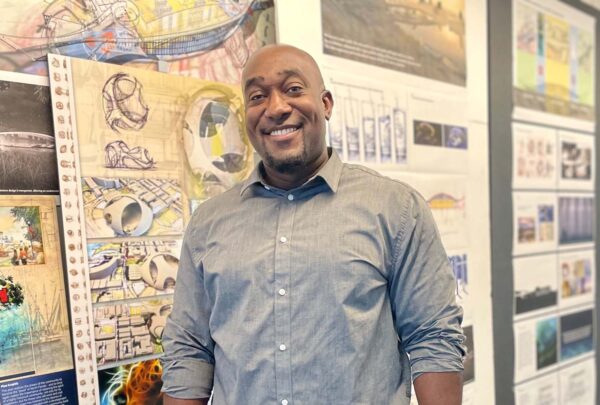 Design Associate Mikhail Alert is known as Haskell’s Swiss Army knife because of his broad skillset, which includes planning,... 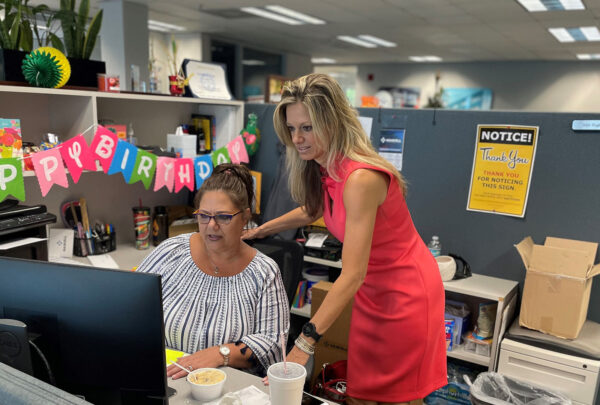 Amy Bonnette’s job as an Administrative Services Supervisor is to meet the needs of Haskell team members – and it’s a job...