A collaborative effort produced an aesthetically advanced design that met a range of traffic demands and linked developing downtown areas.

The original bridge was demolished after having been closed to vehicular traffic for years. City planners wanted a replacement that would showcase the city’s culture and establish the growing area as a gateway that would encourage further economic development. “I remember being asked to help design the bridge which would become the gateway to the Brady District, which was an up-and-coming redevelopment area that had not been connected with the downtown for a number of years,” said Mauro Dallabattista, Senior Design Manager at Benham, Haskell Company. ”It seemed like such an important and visible design for the architectural design group to participate in. I remember the lead structural engineer jokingly asking me to apply my’ dreamy design’ stuff to it.”

Identified as an urban collector, Boulder was included on the route for a proposed Light Rail Transit system. The Benham team developed a Preliminary Design Study that incorporated research on the requirements for future rail loadings, grade requirements and the future incorporation of light rail tracks within the bridge deck. The study explored alternate span arrangements for placing piers within the railroad right-of-way to satisfy the vertical clearance needed for the railroad while reducing the profile grade over the bridge for a better pedestrian experience.

“The bridge itself is engineered to very specific requirements and clearances with the rail line below,” Dallabattista said. “On the surface it would serve as a pedestrian and transit link, with lighting and visual impact but all within a limited budget.”

The preliminary study included three alternative designs: a basic structure, a true “signature” bridge and a version that bridged the two extremes. Renderings were developed for a cost-effective yet aesthetically pleasing gateway-type structure with architectural features such as brick-patterned pilasters with black pipework and white caps, modern LED lighting, black handrails and landscaping. The styling envisioned an urban industrial look to blend the Art Deco style and the modern architecture downtown with the industrial area to the north, which was envisioned as a future hub of activity with the addition of a new minor-league ballpark.

The contract drawings provided for the pilasters, LED lighting, and black handrails as a base bid, with a 10-foot-tall black powder-coated chain link fence over the railroad right-of-way to protect the tracks from debris. Alternate-pay items were provided to furnish enhanced features, such as landscaping, artwork attached to the railroad fence and red/green/blue LED lighting to showcase the artwork.

Benham’s designers worked extensively with vendors to develop lighting that would reflect off a diamond grating, settling on a silver powder-coat finish. The team also worked closely with Deborah Naifeh, the graphic arts teacher at Tulsa Technology Center, who assigned her class the task of developing artwork that would reflect Tulsa. The final design depicts the history of Tulsa from the days of the buffalo through the Creek Council Oak Tree through the development of oil and gas, the rise of the Arts, Route 66, airplanes and aerospace, to envisioning what future possibilities lay ahead. “It took great effort from a collaborative design community to get the project accomplished,” Dallabattista said.

The artwork was laser-cut using the CAD drawings developed by the Benham team. The pieces were test-fitted in the field and tack-welded into place before being powder-coated and reset onto the bridge.

​​​​​​​This project was an opportunity to bring innovation to a straightforward bridge replacement project. Benham designers approached the bridge as a vital connection point, collaborating with various stakeholders to provide a beautiful structure that incorporates elements from Tulsa’s past, current and future, and culminating in a signature structure that will be a significant part of downtown for years to come.

About Engineers Week: Founded by the National Society of Professional Engineers (NSPE) in 1951, Engineers Week is devoted to “ensuring a diverse and well-educated future engineering workforce by increasing understanding of and interest in engineering and technology careers.” This year’s theme, Reimagining the Possible, recognizes how engineers create new possibilities from green buildings to fuel-efficient cars to life-saving vaccines.

Haskell engineers span the disciplines and “Reimagine the Possible” every day in locations worldwide. Contact them to discuss your design needs. 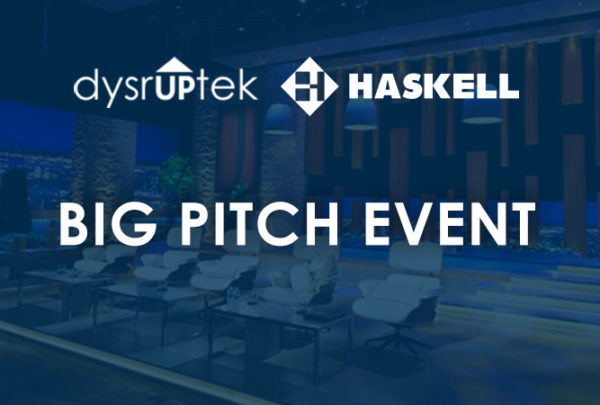 Despite permitting snags, weather delays and supply-chain challenges, Haskell completed the American Leadership Academy career and academic high school in Mesa, Arizona, on time so that it could welcome students as scheduled on the first day of classes. https://www.haskell.com/insights/design-build-team-overcomes-delays-in-time-for-first-day-of-school/