'The best way to lead is to listen, not to talk,' says the veteran structural engineer, who now focuses on mentoring Haskell's newer team members.

Brad Yoder commemorates Veterans Day with simple rituals. He pulleys up the American flag at his home, watches the parade with his wife, and reflects on his time in the Army and Air Force — and on those with whom he served.

Yoder is a Senior Structural Engineer with Benham, a Haskell Company, who joined the company in the mid-1990s. To this day, he carries his military experience with him in his self-discipline and leadership within the Civil Engineering Division.

“The military trained us to handle difficult situations. That’s the single biggest thing that’s helped me with my career,” Yoder said. “It was especially helpful with how to work with people under you. The best way to lead is to listen, not to talk.”

In the same way that the military invests deeply in each soldier, sailor and airman, Yoder said, Haskell is devoted to its strategic pillar of “providing each team member the best job of their lives.”

“I think Haskell has that ability and philosophy,” he said. “They care about their employees. They do a lot for them. Not all companies do that.”

Yoder was commissioned as an Army second lieutenant after graduating from Oklahoma State University in 1970. At the time, the draft was in effect for the Vietnam War, although Yoder recalled that fewer active-duty soldiers were needed and some troops were being pulled out.

“It felt good. It felt like I was doing a job, doing a duty,” he said. “You’ve got to do that for your country if you can.”

Yoder’s father had been in the Army during World War II, and his twin brother was also pursuing a career in the Army at the same time.

Despite his willingness to serve, Yoder was never called into active duty. He was ordered to active duty for training and was stationed at Fort Belvoir in Virginia for six months of instruction to become a combat engineer.

In that role, he learned how to evaluate and destroy structures, such as buildings and bridges, to deny enemy access, or gain access. He could also act as infantry if it became necessary to “lay down his tools and pick up a rifle.”

Serving in the U.S. Army Corp of Engineers was a natural fit for Yoder, who received his degree in architectural engineering at OSU.

When he finished his six-month training, Yoder was sent home in the Army Reserves.

“I wanted to feel what active duty was like,” he said. “It’s a little different than the reserves. I wanted to experience it, but they didn’t need the officers. It did allow me to start my career earlier.”

Yoder completed his master’s degree in civil engineering and structures in the mid- to late 1980s. He was then sent to a reserve army unit in Chickasha, Oklahoma, for five years, where he found work as a steel fabricator.

He resigned his Army commission in 1975 and transferred to the Air National Guard. He served for nearly five years before retiring with the rank of Captain.

“My family and kids were getting to an age when they needed a lot more time,” he said. “I felt I had served my country and done a decent job. My family needed me.”

Yoder and his wife, Jan, will celebrate their 50th anniversary this December. Their two children are Christopher and Amy.

Yoder retired from the service as a captain. His nearly decade of experience with the steel fabricator opened a door for him to join an architecture and engineering group before pursuing work with Benham.

At age 76, Yoder has no interest in retiring, and he focuses these days on mentoring Haskell’s newer employees.

“You can’t rush experience. It grows a minute a time, a day at a time,” he said. “Once you get it, you can help transmit that back to other people.” 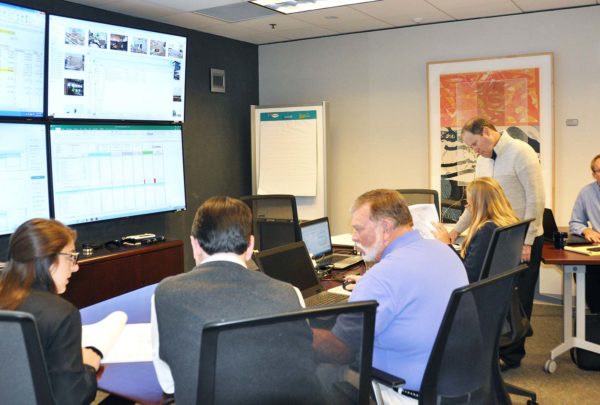 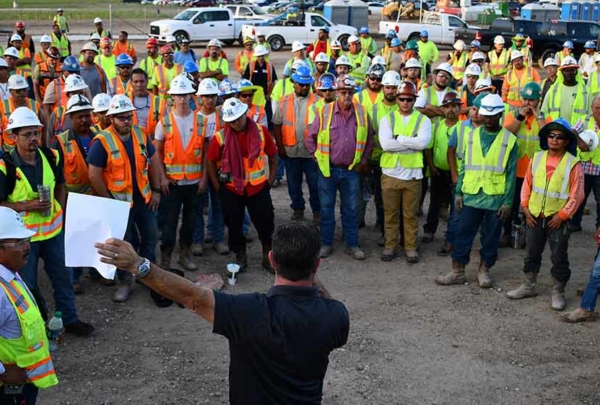 Part of a family of longtime Haskell superintendents, Charlie Brazell has wide-ranging experience and a reputation for being passionate, ethical and dedicated. #FieldFocused #Construction #ConstructionManagement https://www.haskell.com/insights/a-construction-encyclopedia-charlie-brazell-drives-project-success/