JACKSONVILLE, FL — Haskell, one of the leading global architecture, engineering, construction (AEC) and consulting firms, announced today that James 'Jim' O’Leary has been appointed President and will take over day-to-day operations of the company effective immediately. O’Leary, who will retain his Chief Operating Officer (COO) title, succeeds Steve Halverson, who has held the position of President and Chief Executive Officer (CEO) for the past 18 years.

“I am humbled and honored to serve Haskell as President, to support our remarkable design, construction and administrative professionals, and to continue to serve our clients with unmatched integrated solutions,” said O’Leary. “Steve's tenure has been a master class in thriving during dynamic market cycles, strengthening and growing the enterprise, and always staying focused on the best client outcomes.”

Halverson was the second President since Preston Haskell founded the company in 1965. Haskell served as President until appointing Halverson in August 1999. With the appointment of O’Leary, Halverson will remain as CEO and serve as Chairman of the board of directors.

“It has been one of the great joys of my life to lead the Haskell team and work with some of the finest professionals in any industry,” said Halverson. “Jim O’Leary is the right leader to guide Haskell to a future larger than its past.”

During Halverson’s 18-year tenure as President and CEO, Haskell has experienced tremendous growth and expanded its operations internationally. A series of strategic acquisitions and initiatives have resulted in a fully integrated AEC firm with 1,352 employees in 20 offices in the US, as well as offices in Mexico and Asia. The company expects to record new sales of over $1 billion, serving domestic and global clients in diverse markets including Consumer Packaged Goods, Federal, Healthcare, Energy, Infrastructure and Transportation.

“The business has grown significantly due to a strategic and operational focus,” said Peter Rummell, lead director of the Haskell board of directors. “Making this change was the most thoughtful way to ensure the future of the company is strong and stable. Strategy and operations both need focus, and Jim and Steve working side by side gives us that focus.”

Since starting with Haskell, O’Leary has worked with numerous large corporations including PepsiCo, Frito-Lay, Gatorade, Nestlé, Kraft, ConAgra, Procter & Gamble, Nike, General Dynamics, Boeing, Rolls-Royce, Goodrich, Starbucks, US Navy and US Coast Guard. O’Leary graduated from the University of Florida with a bachelor’s degree in business administration and a master’s degree in building construction, and is a certified general contractor. He is an active member of civic and professional organizations including the Design-Build Institute of America board of directors, Chair-elect of the Jacksonville Speech & Hearing Center board of directors, and several design and construction national trade organizations. 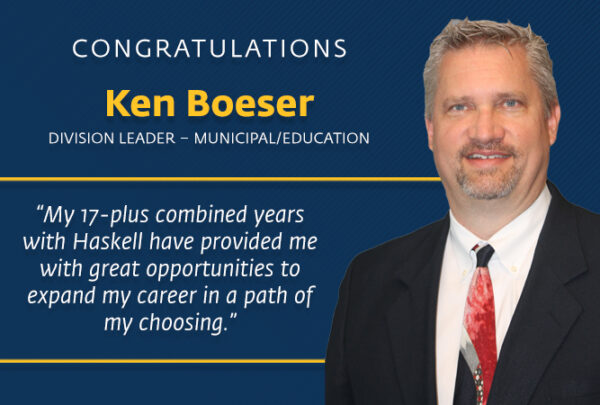 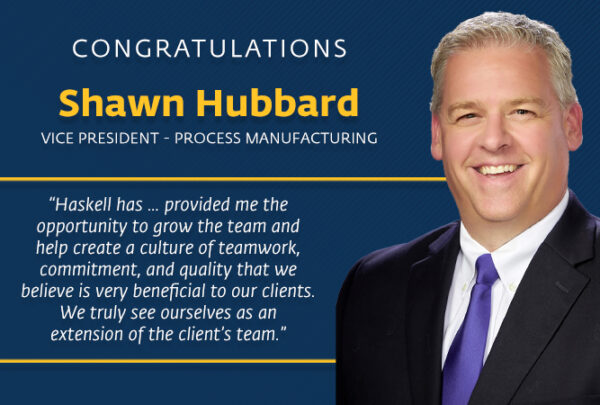