Today, Haskell Steel is rightfully regarded as an industry leader, embracing state-of-the-art technology to deliver projects that range in scale, scope and specialization. It’s a level of success that has its roots in the humblest of beginnings.

But back in 1980, when Rowe joined Haskell, the steel shop was just a handful of welders and fitters in a small warehouse that used to be part of an old icehouse along Edison Street in Jacksonville, Florida. There wasn’t much room to move around, which, as one might imagine, made working on large-scale projects rather challenging.

“You could pick up a 40-foot beam and knock all the windows out with it since it was so small,” Rowe, now the shop manager, recalled with a laugh.

That humility and hard work paid off.

From those modest, cramped conditions, Haskell Steel has emerged as a recognized and respected steel fabrication leader in its industry. Gone is the tiny warehouse, replaced with a top-of-the-line 75,000-square-foot facility equipped with some of the most cutting-edge technology available today.

This steady, focused growth has enabled Haskell Steel to produce 10,000 tons of steel each year for its roster of customers.

Knowing that remaining static in a changing world suppresses success, the practice has placed a premium on adapting to industry changes and evolving to meet the demands of an increasingly diverse customer base with increasingly complex needs. As a result, the practice utilizes key advancements such as 3D modeling to help deliver the most precise cuts, fabrications and detailings possible, feeding data and specifications into high-tech machines like CNC drill presses and robotic copers.

Steve Gibson, director of steel fabrication at Haskell Steel and a team member since 1985, pointed to the robotic coping machine, which features a plasma cutter to fashion the cuts and shapes needed for a particular project.

Always one to determine the return on investment, Gibson studied his team as it worked on steel stair stringers. Without the machine, the process just to begin would take more than an hour. The robotic coping machine cut that to only 10 minutes, saving time and money for the client in an environment where both are essential.

“It is a heck of a time saver, and for us to be competitive, we have to keep investing in new technology,” Gibson said.

It’s that attention to detail – coupled with a continual desire to improve – that has motivated both Gibson and Rowe. Ask anyone who’s worked with Haskell Steel and likely will tell you that the duo’s wisdom and focus are as valuable as any technology.

Gibson and Rowe have more than 70 years’ combined experience in the steel industry. Each started as a trainee and learned the craft by getting his hands dirty and focusing on the task at hand. Through hard work and a litany of successful projects, they earned acclaim from their customers and the trust and confidence of Haskell.

Nowhere was this knowledge more on display than with the recent Norwegian Cruise Line Terminal B project at PortMiami, which required extensive design and fabrication work that called for, among other things, columns weighing 55 tons each. Numerous pieces were so large that they had to be shipped by barge down the Intercoastal Waterway to their final destination.

“To put it in perspective, when it was laying in the shop, I could lay my hand across the toe of the flange, and the toe was wider than my hand,” Rowe said.

Both Gibson and Rowe said it was Haskell’s collaborative approach that resulted in the project’s success. The trust the two had in each other, earned over decades of collaboration and cooperation, has helped make the steel shop a valued stakeholder throughout design and construction.

Theirs is a relationship that fosters efficiency and result. 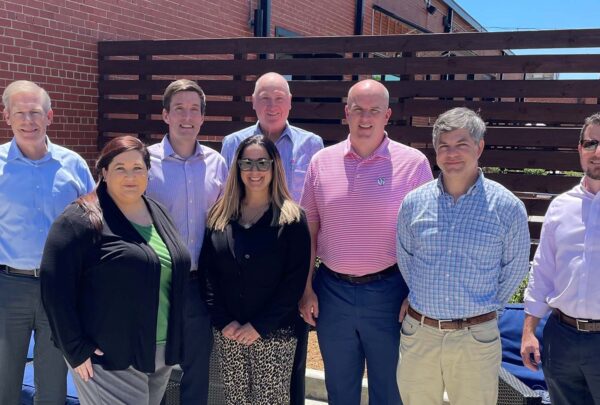 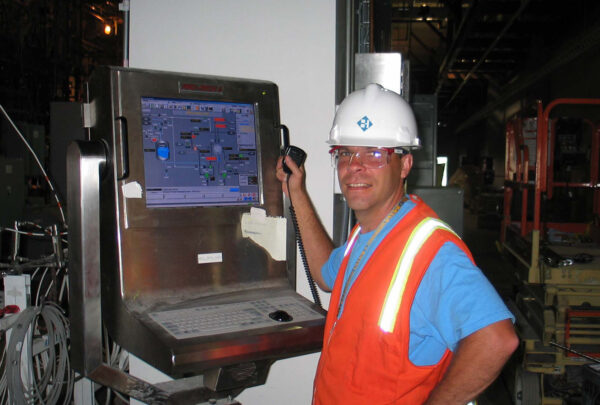 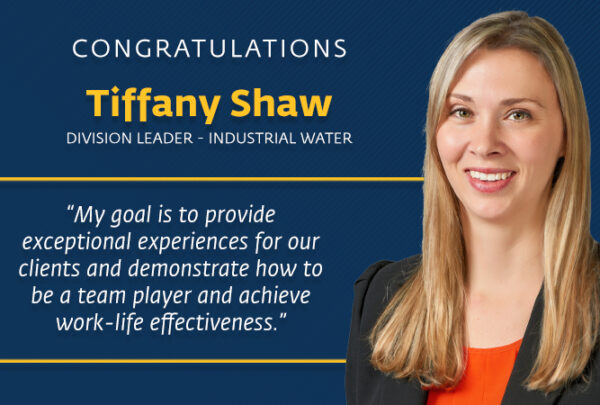 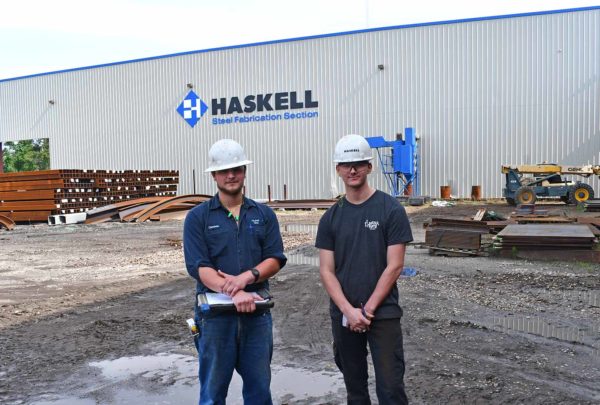 Welders, steel-fitters and even job-seekers looking to learn those valuable trades should mark their calendars for a... 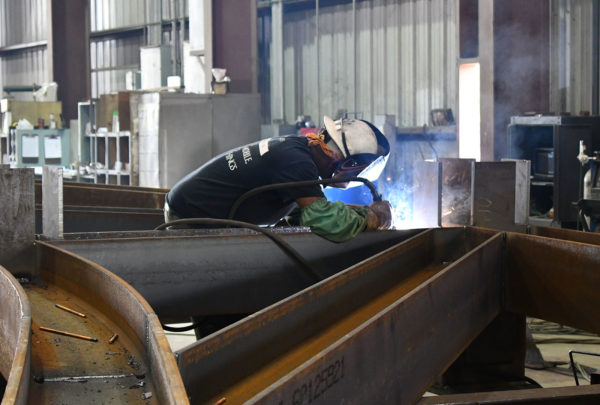 Haskell Offers Welders Benefits and the Chance for a Great Career

With business growing and its demand for steel at an all-time high, Haskell is seeking to add welders to its steel fabrication... 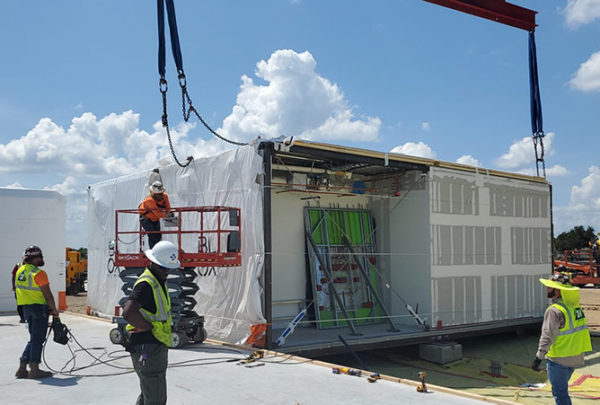 Over the past year, the Architectural, Engineering and Construction (AEC) industry has been rocked by price surges in... 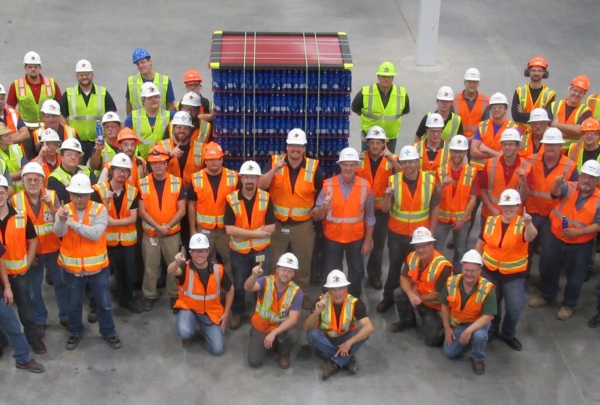 Infrastructure impacts everything from the economy to the environment. NCL’s Cruise Terminal B redefines Miami’s skyline & nurtures community opportunities. Haskell is helping shape the future of infrastructure. https://www.haskell.com/projects/norwegian-cruise-lines-cruise-terminal-b/ @United4Infra #LeadWithInfrastructure