Montinez Williams is enjoying hands-on construction experience during his second summer with Haskell.

Williams has advanced to company S-3 in his battalion, a leadership role in charge of managing company training, fitness, and operations. He hopes to ascend to S-2, an officer position in which he would manage battalion training. Having participated in ROTC since high school, he says he appreciates the sense of community in the cadet corps. He will be commissioned as a second lieutenant in the U.S. Army upon graduation in Spring 2021.

While acting in a leadership position in ROTC, playing snare drum in the Tuskegee Marching Band and balancing classwork for his Construction Science degree, he has found time management to be a crucial skill. He also has found that he values the structure of an active lifestyle.

“I took away a lot from the leadership skills, and I saw ROTC as an opportunity to better myself,” Williams said.

In his second summer at Haskell, he has put his skills to use interning under Project Superintendent Randy Nicholas on a facility addition in Hackettstown, New Jersey, for the confectionery company Mars. Though Williams is a returning intern, the Mars project is his first work experience on a Haskell jobsite. He spent the 2019 Summer Internship Program working in the prequalification department assisting with the selection of vendors.

“It’s better to be here and be hands-on and see what’s going on instead of talking about it in a textbook,” Williams said. “This is really beneficial for me; I feel like I’ve learned a lot more.”

About the writer: Ashton Erickson is a Haskell 2020 summer intern working in the Corporate Marketing department. She is a sophomore at the University of Florida majoring in Marketing and Economics.

Haskell welcomed 58 interns worldwide during Summer 2020, including 14 returning for a second year and two returning for a third. The Class of 2020 draws from a record 30 colleges and universities.

This year, Haskell’s interns are working at 12 different offices and 15 different jobsites across 11 different states, with one in Singapore. Greeted by a sea of blue polo shirts as I entered the lobby of Haskell headquarters, I knew the 2022 Intern Summit had officially... 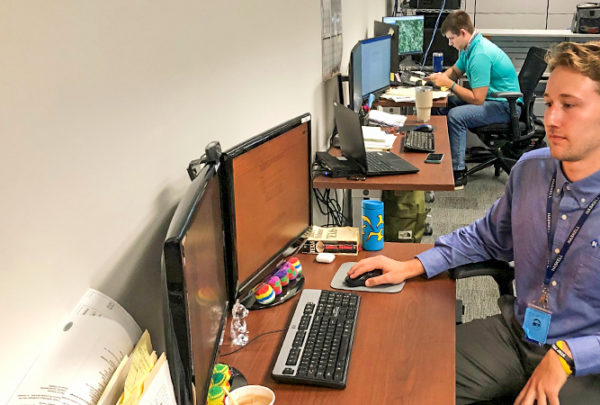 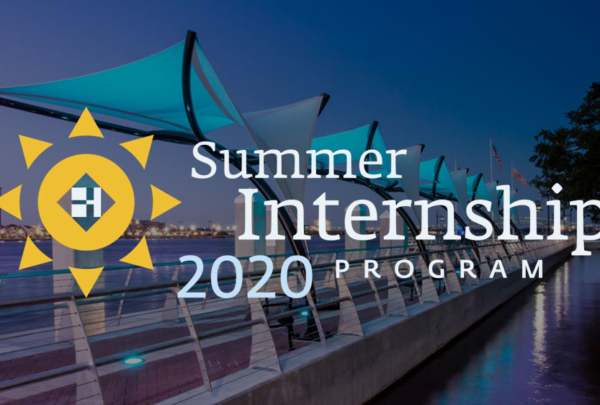 As August began, most Haskell interns returned to their respective schools with new skills, new stories and new experiences... Haskell Intern Emily Moseley Is Racing Toward Her Engineering Career

For Emily Moseley, engineering isn’t only a job. Inspired by a former teacher and mentor, Moseley discovered her interest... The development of Haskell 2025, the company’s strategic plan for purposeful growth, created an increased demand for...